As an east coast island, we had plane spotters scanning the skies for German war planes.  The Navy built an airport, an adjunct to Quonset in Rhode Island, to train pilots flying in the Pacific theatre.  Bunkers in Gay Head and Cuttyhunk served as lookout sites for German submarines.  Coast Guard men patrolled the South Shore, searching for spies.  Two ferries were taken for transport and hospital ships in Europe.  And of course food and material rationing, air raid warnings, black out curtains, war bonds and a general support for the war effort were in place throughout the war.
​
Life on Martha's Vineyard during World War II was very different from the tourist economy and sight-seeing of the 21st century.

Martha's Vineyard in World War II   has been published!  Our books arrived April 30, 2014.


To purchase a copy of Martha's Vineyard in World War II, click on the button that links to my email address so you can order the book.
Button Text

We had a great time talking about our book at the Woods Hole Library.  Very invested audience.  Good questions.

And we were on the radio!  Listen to an interview with Mindy Todd of The Point, on WCAI, which aired right after Memorial Day, 2014.

Here's a review of the book launch in the Martha's Vineyard Times of May 8, 2014.
​
And the Vineyard Gazette reviewed our book launch too!

Order a copy of the book from this site, or check out your local bookstore.  Also available on Amazon.com. 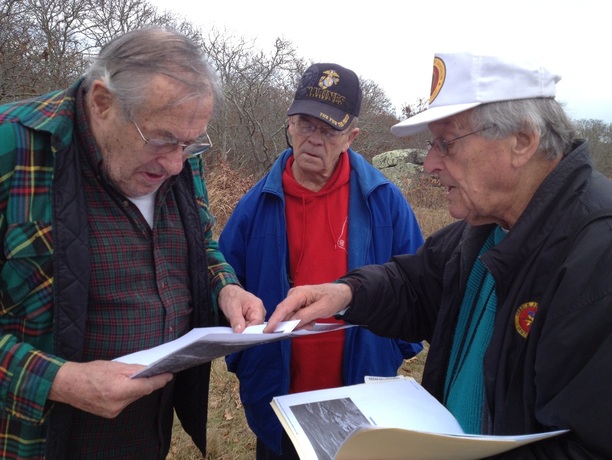 Bud Mayhew, Jay Schofield and Herb Foster discuss location of a machine-gun nest on Peaked Hill during a site visit, November 16, 2013. Photo by Tom Dresser
Our book, Martha's Vineyard in World War II, published May 1, 2014, was reviewed in the Martha's Vineyard Times:
https://www.mvtimes.com/2014/05/06/marshalling-the-troops-world-war-ii-on-marthas-vineyard-comes-to-life/
And the Vineyard Gazette had this to say: http://shar.es/VYn1E
Here is the link to the World War II story in our radio interview on May 20, 2014, aired on WCAI.
http://capeandislands.org/post/book-chronicles-wwii-impact-marthas-vineyard 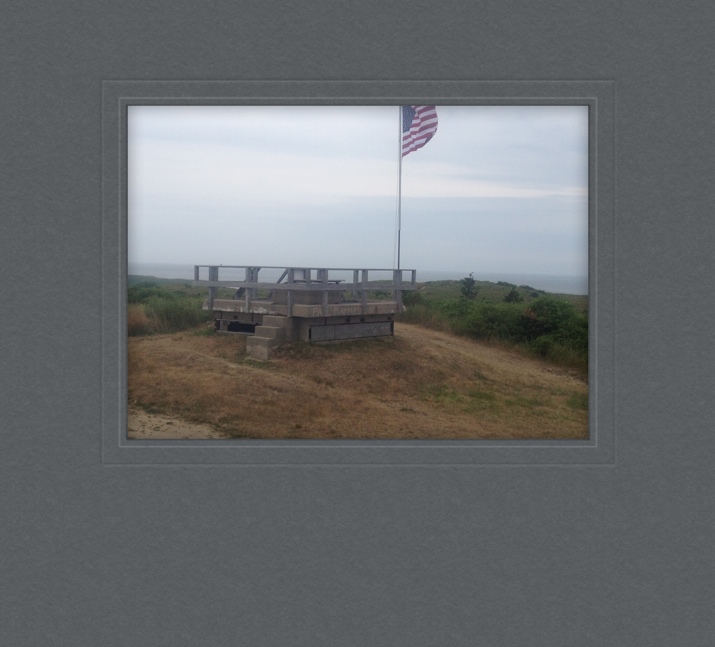 This is the observation deck on Cuttyhunk, on Vineyard Sound.  During World War II the cement bunker served as a lookout point for German U-boats in Vineyard waters.    (photo by Thomas Dresser) 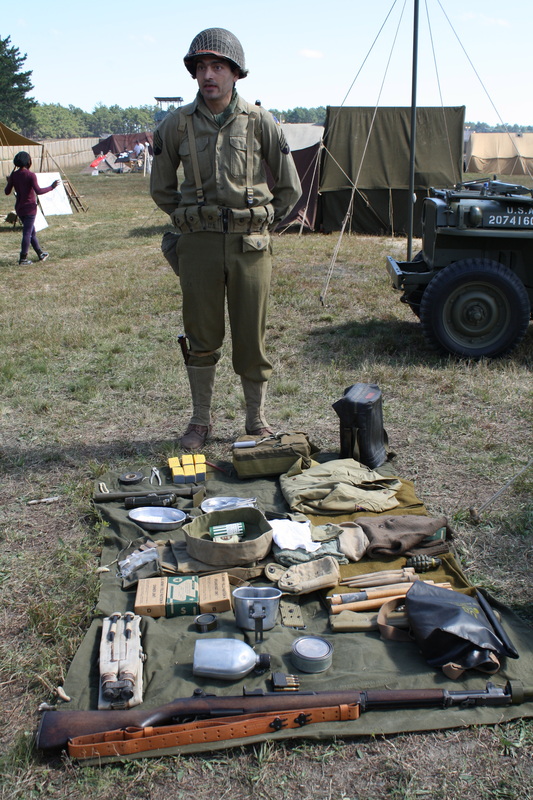 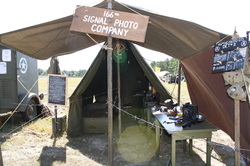 We tried to learn as much as possible about the War.  We visited Camp Edwards in September, 2013, for an open house, complete with a re-enactment of World War II.  Above is a re-enactor dressed in military garb, with the contents of his pack.  To the left is a signal-corps tent. Pictured below is an Army Jeep, on display.

Lot of military activity occurred on Martha's Vineyard during the Second World War. 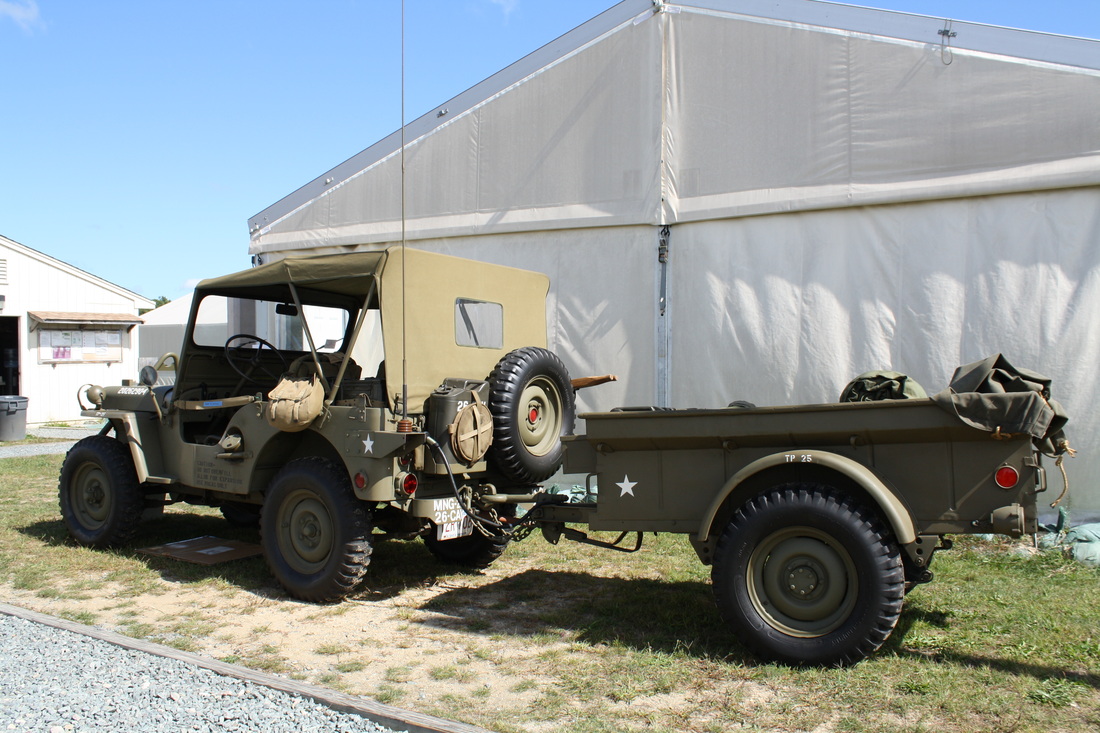 ​Here is the link to the World War II story in our radio interview on May 20, 2014, aired on WCAI.
http://capeandislands.org/post/book-chronicles-wwii-impact-marthas-vineyard
“Martha’s Vineyard In World War II’

The Woods Hole Public Library hosted Martha’s Vineyard authors Thomas Dresser, Herb Foster, and Jay Schofield on Wednesday, October 15, 2014 at 7:15 PM to talk about their new book, “Martha’s Vineyard in World War II,” which was just released this year, published by The History Press. It is illustrated with photographs from the archives of several national repositories as well as from local newspapers and magazines and private collections, including photographs by the authors.

The book’s scope is broad, giving background information on both the island and the nation and about towns and individuals. It describes daily life on the home front as people faced the wartime demands of defense and rationing, as well as the lives and duties of those who enlisted in the different services. Each chapter provides a look at its designated subject. For example, there are chapters on plane spotters, nurses, Colonel Lindbergh, fortifications, the gunnery range on South Beach, and the Van Ryper Model Shop.

The text depends in large part on “Vineyard Voices,” the oral history project of Linsey Lee of the Martha’s Vineyard Museum. The authors will place special emphasis on the Woods Hole/Falmouth connection.